The District is empowered, among other things, to purchase, construct, operate and maintain all works, improvements, facilities and plants necessary for the supply and distribution of water; the collection, transportation, and treatment of the wastewater; and the control and diversion of storm water. The District may issue bonds and other forms of indebtedness to purchase or construct such facilities. The District is also empowered to establish, operate, and maintain fire-fighting facilities, independently or with one or more conservation and reclamation districts, after approval by the City of Houston, the commission and the voters of the District.

Commercial/Multi-family Development: Approximately 28 acres of reserves have been provided with water, sewer, and drainage facilities,. A mini-storage facility and one small strip shopping center consisting of a convenience store and several small retail establishments have been constructed in the District. The District also includes the Reserve at Woodwind Lakes Apartments, consisting of 350 units.

Underdeveloped Acreage: The District has approximately 70 acres of land contained in easements, rights-of-way, recreation and open space land, and approximately 86 acres of land not yet provided with underground utilities. If developed, it is anticipated that the cost of utility facilities to serve the remaining undeveloped acreage would be financed by future bond issues.

In general activities of developers of property located in utility districts include establishing a marketing program and building schedule, securing necessary governmental approvals and permits, arranging for the construction of roads and installation of utilities (including gas, telephone and electric service as well as, in some cases, making a contribution of up to 30 percent of the consist of certain water, sanitary sewer and drainage facilities pursuant to the rules of the Commission), providing amenities to encourage home buying in the development, and selling improved lots and commercial reserves to builders or others. In addition, developers are usual major taxpayers during the development phase of property within the utility district.

Land within the District has been developed by several entities. Recent development of single family residential subdivisions in the District has been undertaken by Lennar Homes of Texas Land and Construction, Ltd., a Texas limited partnership (“Lennar”), and Woodwind Lakes Partners #4, Ltd., a Texas limited partnership. The remaining acres of undeveloped land in the District are owned by Betz Companies. Wolff Companies, Spring Branch Independent School District, and others. 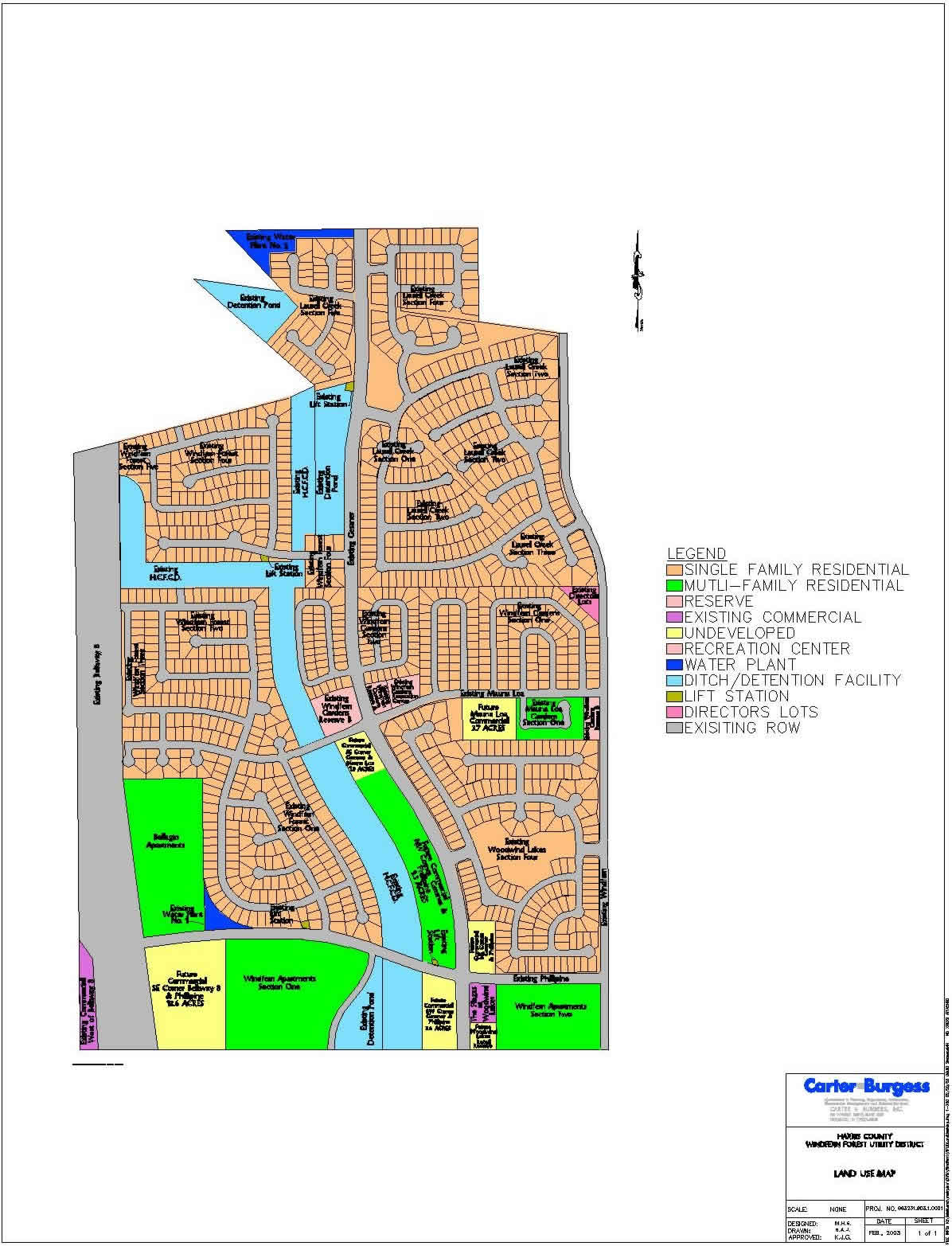 Board meetings are typically held at 4:00 PM on the third Tuesday of each month at the District Administration Building, 14410 Mauna Loa Lane, Houston, Texas 77040.

Board meetings are open to the public.